Even before the inaugural stone was laid on the foundations of Dr L H Hiranandani Hospital, in the first flush of the new millennium, everyone associated with it could see that it was a more sublime affair than mere brick and mortar.

And with very good reason. When a yet-to-be-born hospital, -however swanky, however massive, - aspires to mirror the long and illustrious career of a titan in the field, the usual concerns of hospital management and business blue-printing are the first to go out of the window. Not a single act of its coming into being stays mundane; everything is, inevitably, a question of honour. One chooses the nobler and brighter options over practical and gainful ones, choices that are worthy of the name it is founded on.

And when it is a tribute to an iconic father by his almost equally accomplished sons, it even transcends the question of honour. It becomes an act of love. 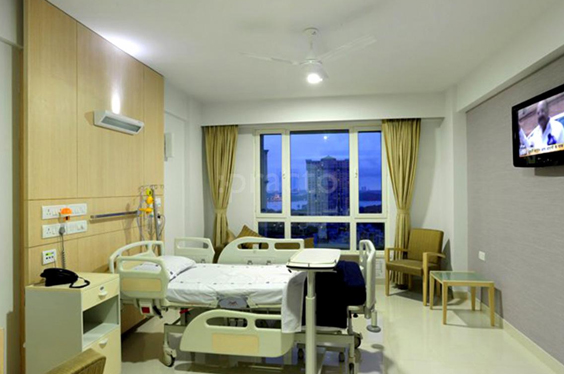 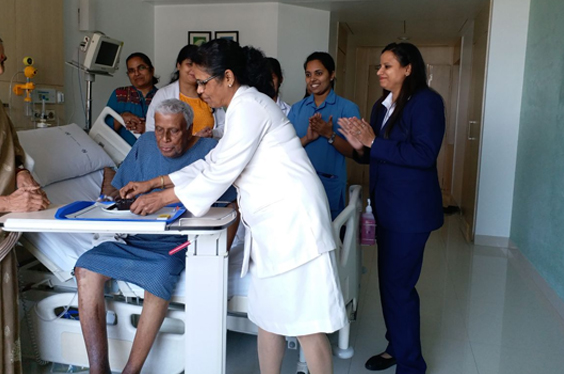 Hiranandani hospital Thane was commissioned on 25th July 2004 and is spread over 7,500 sq. Ft.

Hiranandani Hospital, Thane started operations on 25th July 2004. The initial idea was that the hospital would be a daycare centre, however the concept was changed to that of a 24*7 hospital right from day one.

The hospital was supposed to be a based on a hub and spoke model, the hub at Powai and the spoke at Thane. The patients were to be stabilized at Thane and then shifted to Powai for further treatment. However with time , with more complex cases being treated at Thane , only those cases which require tertiary or quaternary care are shifted to Powai.

Initially the hospital had only four beds, with time, as the demands grew, the first floor of the building was also taken up and converted into an inpatient ward area with eight additional beds.

The labour room was commissioned in Jan 2006, as there was a need to cater to the demands of a young population.

The labour room is fully equipped with neonatal resuscitation facilities. As a natural progression, the obstetric cases increased in number and there were high risk obstetric cases. The NICU was commissioned, and several challenging and difficult cases in neonates have been successfully treated over the past several years.

To enhance the scope of surgical work, a C Arm was added to facilitate orthopaedic surgeries. High end laparoscopic equipment were also introduced.

Home health care services were introduced in 2009. This helped to avoid long term institutionalized care, and provide expert nursing services at home for the patients .

The hospital has established its credentials in the local and regional areas. The patients' base has been steadily growing with an increase in numbers with each passing year, which is not just confined to the Hiranandani Estate, but also to the areas outside the estate. There is a perceived sense of satisfaction among the patients admitted at the hospital, which has led to patients recommending the hospital services to others as well. It has been our earnest endeavour to improve the quality of care in the hospital by either installing new equipment or upgrading existing ones.


The hospital is ISO 9001: 2008 certified and DAkkS & NABCB accredited. This indicates that the processes in hospital are monitored and controlled to ensure effective quality of care