Vidya Prasarak Mandal, the parent body of this college, was founded way back in 1935. However, the real impetus to all its activities came only on 29th Sept., 1957 when Dr. V. N. Bedekar was elected as the President of V.P.M in the historic annual general meeting held on that day.

The birth centenary of the great national leader Lokmanya Tilak was being celebrated in the then Bombay Province during the year 1956. Lokmanya Tilak's seminal contribution to the field of education was discussed and pondered over by a few visionaries in the context of the post-independence scenario with a number of new ideas. Dr. V.N. Bedekar and some of his close friends like Late. Shri Gunakar N.Joshi, Shri. K. G. Joshi, Late . 'Janakavi' P. Savlaram & Shri R.A.Kulkarni, were among such inspired souls whose capacity to cherish lofty dreams knew no bounds. That was exactly why Dr. Bedekar along with his friends decided to explore the various possibilities of widening the scope of the existing activities of the Vidya Prasarak Mandal in the field of Education.

Foundation of Vidya Prasarak Mandal's schools & colleges:
Between 1935 & 1957, despite a large number of financial & other constraints, the Vidya Prasarak Mandal had succeeded in starting and developing a primary school in Naupada area of Thane. Not shattered by the difficulties & challenges, the dedicated pioneers housed the school in a cowshed to start with & now the school has a classical building. Later a Secondary school has also been established.

By the late sixties, there was not a single college in the district of Thane & more than two thousand students had to travel to Mumbai to pursue higher studies after higher secondary. Education became inaccessible to vast poor masses.

"If the poor cannot come to education, education must reach them"- Vivekananda. 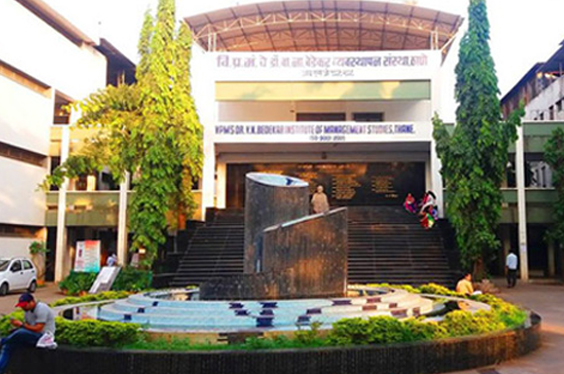 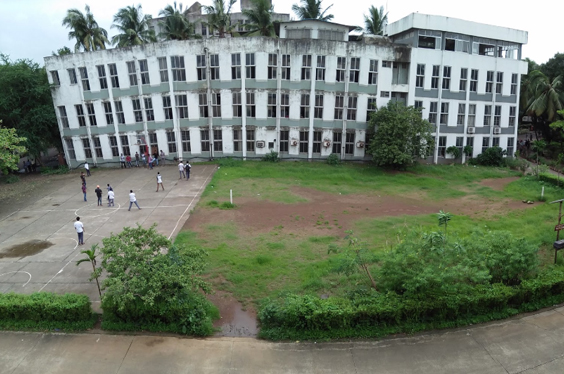 Profile at a glance

Location of the college: Urban

Type of college Affiliated to University of Mumbai:

Recognized by Bar Council of India since 1972

Vidya Prasarak Mandal sensitive and responsive to the educational needs and demands of the town added a new feather to its cap by starting this Law College. VPM's Law College was dedicated to the students' community in 1972 . The college is named after the then Thane Muncipal Council which donated a sum of Rs.2 lakhs to the college. Till 1974 the college was affiliated to Pune University. Thereafter it continues to be an affiliated college of the University of Mumbai. Professional Legal education became accessible to the people of Thane . Since then , the college has been receiving rousing response from the graduates of Thane town and around.

The college is located in VPM's campus which houses a vast range of academic institutes. The college has its independent building in the campus which is in Bunder Road, Chendani, near Thane Railway Station ,Thane west.

Uptill June 1999, the college was functioning on the 'no grant basis' without financial aid from the government. However in 1999 financial aid was granted to this college with retrospective effect from 1995-96 in compliance with the 1995 Supreme Court decision .Despite that fact, the college has adequately catered to the needs of qualitative legal education. This institution has produced thousands of lawyers in the last thirty two years who occupy eminent positions in various fields. This fact is ample proof to testify our service. The graduates who throng our college counters for admissions inspire us more and we are striving harder to achieve better excellence.

Our Goals and objectives

(i) To provide to the people residing in Thane city and its vicinity, facilities for their intellectual , physical , scientific , social , cultural , professional education , to give publicity for the same , to establish and operate conducive factors for the above , for example Parent - Teacher association , store for educational supplies and thereby to add to the knowledge of the people.

(ii) To emphasize the need for industrial knowledge and for the purpose of providing educational facilities for the same, to start and operate various undertakings such as Industrial Educational Institutes, Polytechnic, Engineering College etc.

(iii) To cooperate with other Public Institutions on special occasions with the view to attaining the above mentioned purpose . This college was established to provide to local people desirous of pursuing Law as a career an avenue and easy access to legal education . The goals and objectives are bold and clear in the very foundation of the institution which are as follows:

Our Goal and Objectives